Two weeks ago the Federal Reserve, the central bank of the United States, made news when it announced that they can see the day when they will likely begin tapering off their bond-buying program, and ultimately ending it.

This strategy, known as Quantitative Easing, or QE3, is an economic stimulus program intended to keep interest rates low, which it has done a good job of doing. 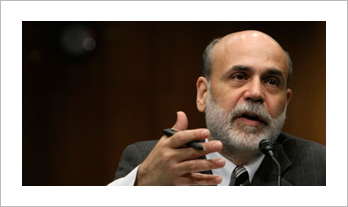 So, when Fed Chairman Ben Bernanke announced at a June 19 news conference that the Fed’s timetable for winding down its bond-buying program and effectively ending QE3, the markets, especially the municipal bond market, reacted badly.

Should it have? Should muni bond holders be concerned? Let’s look past the headlines and see.

The drop in muni bond prices is different than the last time this happened in late 2010 and early 2011.

At that time, the downward market was driven largely by a December 2010 segment on the CBS program, 60 Minutes, which featured a bond analyst who made dire predictions about the overall state of the muni bond market. The analyst said that hundreds of billions of dollars in muni bonds could default.

Well, it’s been some time since and hundreds of billions of dollars in muni bonds have not defaulted. Those predictions have been proven entirely wrong.

As was the case in 2010-11, the current drop in the muni market is not related to market fundamentals but rather to emotion. With the Fed’s announcement that it can see the day when it will no longer keep interest rates artificially low, people became worried that rates will spike upwards. Rising rates typically translate to falling bond prices. Out of fear, people began to sell their bonds. They began throwing a paper tantrum.

This is Econ 101. When supply exceeds demand, prices fall. In the muni market right now, there is more selling than buying. Hence the drop in prices.

Not the time to react — but maybe time to talk

What will end price drops? No one ever knows for sure, but usually at some point buyers who can’t resist the new, lower prices, step in. Supply and demand stabilize and prices do too. The truth is that interest rates are coming off a multi-decade low, so while prices may rebound they may not get to where they were a few months ago.

My advice is to focus on the income that muni bonds provide. That income is not affected by the recent share price drop. Typically, the purpose of muni bonds is to provide tax-free income, and they will continue to do that.

So, the changes in the muni market are a good reason for us to have a conversation about them and about the role they can play in your portfolio. If you’d like to do that just give me a call.

Note: I encourage investors to weigh several factors before they invest in municipal bonds. They should take into account the overall economic health of the region or customer base and the impact it might have on the revenues the entity depends upon in order for it to sustain its bond payment commitments. Understand the exact source of the revenues that will service and repay the debt. Consider the entity’s track record of operational effectiveness. Assess the competence of financial management of the entity. Has its credit rating been maintained or strengthened over a period of time. Read the issue’s Official Statement, this document will provide the information covered above.

Investments in Municipal Bonds may subject the investor to the Alternative Minimum Tax (AMT). Any fixed income security sold prior to maturity may be subject to a substantial and taxable gain or loss.

This article material is for general informational purposes only and should not be considered a recommendation to buy or sell any security, nor a specific investment strategy. I do not provide tax or legal advice. Readers should consult their tax advisor, or legal counsel, for advice concerning their particular situation.