Among the financial housekeeping items that are important to review periodically are the beneficiary designations on your retirement plans. Let’s examine the following hypothetical scenario that vividly illustrates why this is so important. 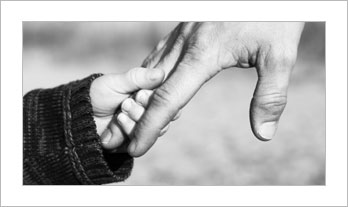 A husband had been previously married and had children from that earlier marriage. Before he passed away, he had visited an estate planning lawyer and discussed his wishes for having his IRA, with a market value of about $1.4 million, pass entirely to his second wife and upon her death to his children. The estate planning attorney proposed writing a trust specifying that his wife have access to the money during her lifetime with the kids getting the remainder of the trust account after she dies.

However, the trust was named as the beneficiary of the IRA and not the wife. With $1.4 million in this IRA, the implications of naming the trust as sole beneficiary rather than the spouse are very simple: Taxes.

When a person is a beneficiary, they have the choice of what to do with IRA money. They can, for example, liquidate an IRA and take the money, but doing so creates a taxable event. In this hypothetical case, the individual’s $1.4 million became taxable as soon as it passed from the IRA to the trust. Tax-wise, a far, far smarter thing would have been to keep the $1.4 million in a tax-deferred IRA. The wife could have simply transferred her husband’s IRA to an IRA in her name. The transfer would have been non-taxable.

When her husband died, the wife asked what would happen to the IRA money. She thought that she was the beneficiary and that the money would be moved to her IRA. She wasn’t aware that prior to his death her husband had changed the beneficiary designation, on the advice of the lawyer, to the trust. Eventually, the custodian of the husband’s IRA confirmed that the wife was not the beneficiary. The money was going to be taxable.

It was suggested that the individual contact their lawyer to see if the beneficiary change could be undone. Perhaps she could go to the IRS and explain their objective and show that things had been executed in a mistaken way. The attorney declined, saying that there was no chance of that tactic being successful.

The matter was later discussed with another estate planning attorney. She said that there was a very slim chance that the custodian of the IRA would consider what the husband intended rather than the beneficiary he named. She explained that in all likelihood it wouldn’t work, but that it was worth a try.

The custodian agreed with the argument. It took months, but the $1.4 million was finally transferred to an IRA in the surviving wife’s name. That simple act saved her around $650,000 in taxes.

What should you do?

I always encourage my clients to look at their beneficiary designations. Here are some points to keep in mind:

Updating your beneficiary information is just one part of estate planning. Creating and executing an effective estate plan takes a team of trusted, competent advisors, including an estate attorney, accountant, insurance agent and financial advisor. Because my office understands your personal financial picture we can act as the lead on your team, ensuring your wealth goes where you want after your death. Contact our office to learn more or to schedule an appointment.