I’ve written about municipal bonds in the past. Now is a good time to update my thoughts on this asset class. 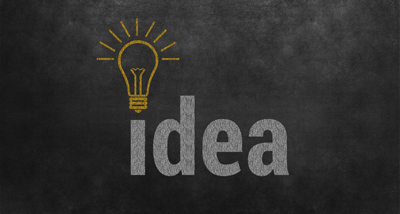 “The power to tax involves the power to destroy,” declared then Chief Justice John Marshall.

As a wealth manager, I thank the Supreme Court for its decision. It gives investors an opening to receive income without being taxed. This is where municipal bonds come in.

All bonds, be they issued by the federal government, a corporation or a municipality, are IOUs. When you invest in a bond, you’re lending money to the issuer. As such, the single biggest risk you take investing in a bond is that you may not be repaid the principal you are loaning.

So, before investing in bonds you should evaluate, or have help evaluating, the default rate of a particular issue.

There have, of course, been some notable muni bond defaults and developing situations of late.

“Bankruptcy has been implied as a recourse for both Atlantic City (NJ) and Wayne County, (MI). Puerto Rico has proposed legislation to allow a Commonwealth bankruptcy, and the Illinois legislature is considering a bill, supported by the new Governor, that would allow local governments to file under Chapter 9,” states a Moody’s Investor Service report.

The fact that potential municipal bond defaults are in the news gives you an idea of how rarely this occurs.

Stocks down, munis not

In addition to their historically low default rates, muni bonds are at a moment in history where they provide higher interest income than U.S. Government bonds. That’s the opposite of what you might expect.

Taxable bonds normally provide more interest income than munis. An investor can receive the interest income, pay the tax due and be left with an acceptable return on the investment. But, we’re in a bizarro world where tax-free muni bonds out-pay taxable U.S. government bonds.

Finally, bonds of all types and muni bonds in particular have historically provided good diversification to the U.S. stock market.

For the 5-year period ending February 29, 2016, muni bonds had a negative correlation to U.S. stocks. If stocks went down, munis tended not to.

So, muni bonds can be a good addition to a portfolio since they produce income, are tax efficient, provide a historically low level of default risk, and can be a good offset to longer term stock investments.

Sound interesting? Have questions? Ask away.

Note: Investors are encouraged to weigh all of these factors before they invest in municipal bonds. Investors should take into account the overall economic health of the region or customer base and the impact it might have on the revenues the entity depends upon in order for it to sustain its bond payment commitments. Understand the exact source of the revenues that will service and repay the debt. Consider the entity’s track record of operational effectiveness. Assess the competence of financial management of the entity. Has its credit rating been maintained or strengthened over a period of time. Read the issue’s Official Statement, this document will provide the information covered above. Investments in Municipal Bonds may subject the investor to the Alternative Income Tax (AMT).