In October of last year, I wrote an article on the municipal bond market. The gist of the article, which can be read in full here, was that a CBS 60 Minutes segment in December of 2010 had put fear into many muni investors. Stepping back and looking objectively at the market could well have prevented you from making errors that many other investors did in fact make.

My article is now a year old, so it’s appropriate to take a look both at how municipal bonds have done over the past year and at current conditions in the marketplace. How is the muni bond market doing today? 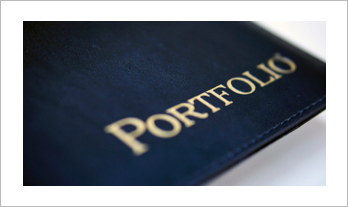 Since 2008, when the muni bond market got beaten up along with virtually every other market segment, returns for muni bonds have been above average.

According to Putnam Investments’ “Muni Fact Book” (July 2012, p. 2), the tax benefits of municipal bonds can make their yields attractive. The same report shows pretax and taxable-equivalent muni bond yields (3.77% as of 6/30/12 with annual after-tax income generated by a hypothetical $100,000 investment) currently top the yields of investment grade corporate bonds (3.07%), treasuries (.92%) and CDs (.32%).

2. There’s an increase in demand for munis.

Investors simply can’t earn much money in traditional bank issued investments such as savings accounts and CDs, so many have been investing in munis. Along with that is a shortage of new bonds being issued. That mix is a favorable one for muni bond investors.

There’s also the fact that unless Congress acts before the end of the year, taxes are slated to increase on January 1, 2013. I think it’s quite likely that Congress will act on this prior to year end, but probably not until after the election. And the result of the election could affect how Congress acts. Even if tax rates were to remain unchanged, muni bonds offer a significant tax advantage over other investments because income from them is typically federal tax free and often state tax free as well. And should tax rates increase, that advantage would only become stronger.

4. Many states and municipalities are tackling their budget issues.

In September 2012 here in California agreement was reached that begins to deal with our pension costs. The critique of this agreement is that it didn’t go far enough towards addressing pension costs but the point is that any move towards working on issues like these is better than doing nothing. And as municipalities take on these challenges, the long term result is likely to be the strengthening of their finances. That in turn bodes well for the muni bond market.

5. Defaults in munis are low as a percentage of the total market.

Of course, when defaults occur, they tend to capture the news headlines. But statistically speaking, they are relatively rare. An investment report prepared by Putnam (Feb. 2012, “Evolving municipal bond market makes compelling case for active management”) states that “muni defaults are only minimally higher than their 20-year peak in 1991 and are outpaced historically at every rating level by corporate bond defaults.”

According to Putnam Investments’ “Muni Fact Book” (July 2012, p. 2), “Over the past five years, corporate bonds defaulted at a rate more than 100 times higher than municipal bonds.”

Of course there are risks in investing in any type of bond including munis. With interest rates at historic lows, there may be concern that if interest rates were to rise in the next several years bond prices could weaken. My sense is that as long as you have time to be in the market those concerns are likely to be mitigated.

As always, read articles like this one as a starting point for further discussion, not as specific investment advice for your particular situation. And don’t let the general media frighten you away from what may be a very appropriate place for a part of your investment dollars. If you have money in munis now or are considering them, I invite you to call and discuss how they may or may not be appropriate for you.