It seems that we live in a society beset by fear. I don’t know why that is and I wish it wasn’t the case, but it’s hard not to notice the constant drum beat of negative news day after day. So, let’s try to put the news in perspective.

Recently, the markets took a tumble. What reasons were given for this drop? Headline news featured fear of the Ebola virus spreading in the United States. News of ISIS creating terror in the Middle East caused concern in a part of the world where the U.S. fought hard to bring positive change. Some news pundits pointed to sluggish and stagnant Europe as a potential drag on the growing U.S. economy. It all sparked fear among many, and the S&P 500 Index dropped 7.4% (from mid September to mid October 2014). 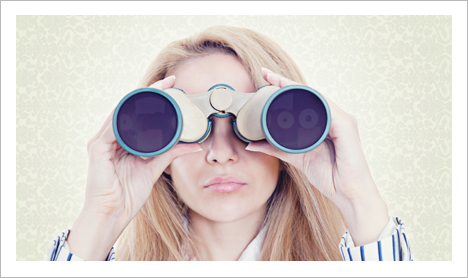 Arm yourself with knowledge, and it will be easier for you to resist the urge to panic as an investor.

But then the S&P 500 Index recovered, reaching a new high for the year of nearly 2040. Suddenly, the tenor of the news shifted. Ebola was no longer a worry. ISIS seemed contained. The European economy proved to be no longer a contagion.

Why were issues worrisome a few months ago no longer scary? Why does fear rise and then, a day, a week a month later the fear is gone?

The news and human nature

I’m not a psychologist, but I certainly pay attention to human nature. People like to be told the reasons why some event has transpired. Simply saying, “That’s how it goes. Don’t worry,” fails to prevent fear and panic from developing. So, the media is happy to provide reasons why a trend has developed — even if the reasons are off base.

Some time ago, North Korea was rattling its sabers. My son asked if I thought we were on the verge of war. I told him that I’d seen this many times over the years. I predicted that within a few weeks North Korea would be out of the news cycle. My son was doubtful, he genuinely thought a nuclear war with the North Koreans was possible. But guess what? The news moved on just as I thought it would. Today, we don’t seem too worried about war with North Korea. Certainly, the investment markets seem to be taking this issue in stride.

And why not? Market downturns are normal. Downturns happen all the time. Last year, I posted an article on my website (“History’s Investment Lesson”) showing that even in up years it’s typical to have a significant downturn sometime during the year. I noted in the article: “Historically, market declines have been temporary.”

In fact, market declines and global news headlines are rarely connected. But when CNN shows an ambulance speeding down the road carrying an Ebola patient to the hospital, it can be hard not to get excited. “Watch out! Ebola’s coming!” is the implied message as a “Breaking News” banner flashes at the bottom of your television screen.

I’m saying the news can play tricks with you. Video footage of ambulances carrying Ebola patients and North Korean officials talking about firing their missiles may provoke fear, but not necessarily a shift in market fundamentals. It’s important to keep your perspective. Remember that historically market declines have been temporary. Knowing this can make you a better investor — and help you sleep at night.

Take the start of 2013. Things didn’t look good economically. The U.S. was in a jobless recovery. Europe’s economy was a train wreck, and the U.S. was tied to Europe and along for the ride downward. The nation’s political parties were gridlocked not only over how to jumpstart the economy, but also how to govern in general. Conventional wisdom said to stay on the sidelines. Don’t put money in stocks.

Well, the conventional wisdom was wrong. In 2013, according to the S&P 500 Index, stocks had a terrific year. The index climbed nearly 30%.

This year, at the start of the year, the news media had a message for bond investors. Interest rates were bound to go up and so bond investors would watch the values of their accounts fall like stones. Reporters and commentators said, “Don’t be a bond investor in 2014.”

Again, they were wrong. Bonds have been one of the best performing asset classes so far this year.

How to avoid panic

Fear is everywhere. Listen to the radio, watch TV, read articles on the Internet or in the papers and you’ll encounter down right scary and frightening points of view. The trick is to keep it all in perspective.

If you arm yourself with knowledge, it will be easier for you to resist the urge to panic, trade in your accounts and make short-term decisions that may prove unwise in the long run. Of course, if you have concerns about any aspect of your investments, please call my office. I’d like to counter the fear mongers.